We’ve all heard the old cliché, “laughter is the best medicine”, but did you know it can save a life?

I discovered it can. The hard way.

To set the stage for this tale, I have two words for you. Nun farts. 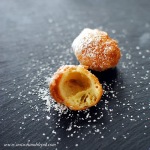 No, this blog is not degenerating into potty humor or disrespecting ladies who have devoted their lives to serving God and mankind. This is the actual name of a pastry. Or rather, its translation. And that little tidbit was responsible for getting me the medical attention I needed during a life-threatening emergency.

How it all started.

One night in March, my dear friend and fellow author Rebecca texted to ask how I was feeling. I’d just recovered from a nasty respiratory illness and had felt weak and lethargic all day. Rebecca, who planned to be up late, offered to chat since I was having trouble sleeping.

“What?” I texted back. Maybe I was in a worse state than I realized. I certainly wasn’t sleep-texting, after all.

As the hours had dragged on. I’d begun to feel queasy and as if something were very “off”. Rebecca continued texting, saying I’d never believe what she’d just found on Pinterest. Pets de Nonne, she said, was the name of a pastry that translates to “nun’s farts.” 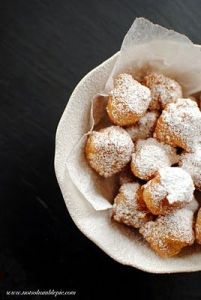 She had discovered a blog post someone had pinned, which contained the recipe.

Laughing despite my growing nausea, I managed to text back, “What’s in those?”, then had to rush to the bathroom, where I promptly blacked out for a few seconds.

The sound of my phone’s text alert roused me. What followed was one frightening experience. Wave after wave of heart attack-like symptoms struck — drenching sweats, dizziness, near fainting, nausea. Through it all, my phone continued to shout that I was receiving texts, which I was too weak to answer. Eventually, since my phone was opened to our conversation, I was able to type out, “pray.”

Immediately, Rebecca called me. I will spare you the details of what happened next. Let’s just say. while I was talking with her, I lost a great deal of blood. My bathroom looked like a crime scene. Oxygen had obviously deserted my brain by this point, because I couldn’t think clearly and kept repeating, “I don’t know what to do.” Rebecca, in a voice full of forced calm, told me to hang up and dial 911.

Twelve hours later, Rebecca and my sister-in-law stood at my bedside in the ICU, as I awaited an endoxcopy to determine the source of the internal bleeding. Nurses had to check on us, we were laughing so hard over the name of the pastry which had prompted Rebecca to text me so late at night. It was the perfect antidote to fear and any anxiety I might have felt over the test or its findings.

The test revealed an ulcer or tear in my esophagus, which ran so deep it had hit an artery. I’d experienced a mild heart attack from the lack of blood and oxygen, but my heart was in great shape and no damage had been done. If I hadn’t received medical care so quickly, however, I likely wouldn’t be writing this post.

Now, my esophagus is repaired, and my blood count back to normal. To this day, Rebecca, my sister-in-law, and I have only to say, “nun farts” to remind each other of the power of laughter to lead us through the darkness.

Has something funny every rescued you from a tight spot?

My thanks to the blog, Not So Humble Pie for posting this recipe:

5 thoughts on “How a pastry recipe saved my life”

Tuesdays: LIGHT-INSPIRED: Devotionals, stories, and articles related to light and how God shines through us